Developed specifically for gaseous fuels, G1000 is rated on abundant, clean-burning natural gas, supplied through pipeline infrastructure or transported as LNG or CNG; but its intake, combustion and control systems are also fuel agile, enabling use of alternate fuels such as bio-methane, landfill gas, oil field flare gas. Custom calibration curves accommodate site specific flare or bio gas compositions, while multiple calibrations permit field switching between different fuel types. An optional fuel injection system allows the use of ethanol or other liquid fuels, even returning the heat and power needed to run the ethanol production facility. 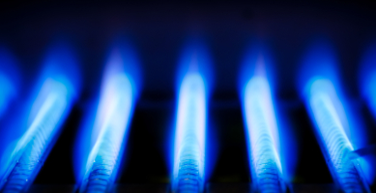 Natural gas is 80% to 98% methane. Because it contains low carbon, it burns more cleanly than other fossil fuels, producing no sulfur, no particulate matter, and less carbon dioxide per unit of energy released. Burning natural gas releases about 30% less carbon dioxide than petroleum and about 45% less than coal for the equivalent amount of energy. 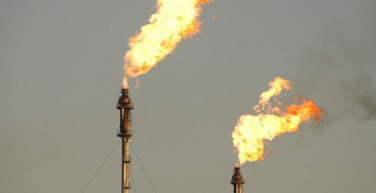 A prominent, yet often wasted source of methane is the gas associated with oil drilling and refining. Historically, this gas has been either injected back into the oil formation to re-pressurize the deposit enhancing extraction from other wells, or more typically merely flared off as a waste product of oil extraction. Nearly every oil rig—both land- and sea-based—and every oil refinery has an accompanying gas flare. Tremendous power is being burned away each year because associated gas has been treated as a waste byproduct rather than a valuable energy resource. G1000 provides an economical, resource-conscious method of using flare gas for power. Oil and gas field operators can fuel the G1000 with gas from their own wells, eliminating the need to purchase and transport diesel fuel. 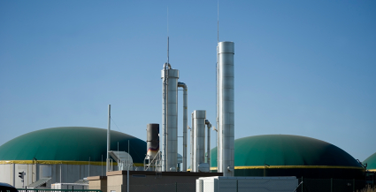 The G1000 performs equally efficient on increasingly available renewable fuels. Bio-methane is produced by anaerobic decay of non-fossil organic matter (as opposed to fossilized deposits). Plentiful sources of bio-methane exist worldwide and are finally being utilized for their energy potential. These include municipal landfills, sewage treatment plants, animal feedlots, etc. The US-EPA has identified 520 candidate landfills with a total gas capture potential of 200 billion cubic feet per year! 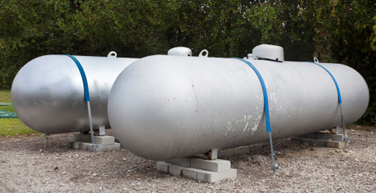 Also extracted from oil deposits or derived from the oil refining process, liquid petroleum (LP) gas is a mixture of propane and butane. These compounds vaporize at normal temperatures and pressures, but are easily compressed to a liquid for storage and transportation. They burn cleanly with no soot and very low sulfur emissions, posing no ground or water pollution hazards. In rural areas not served by gas infrastructure and in many regions of the world where propane and butane are dominant, the fuel-agile G1000 supplies power using LP gas. 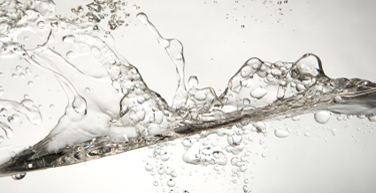 Ethanol is a renewable fuel unique to the G1000. It is produced by fermentation of a variety of plant matter. Cellulose material like corn stalks and wood chips can be made into ethanol using special enzymes. This technology is expensive now, but holds great promise because it does not compete with food sources.